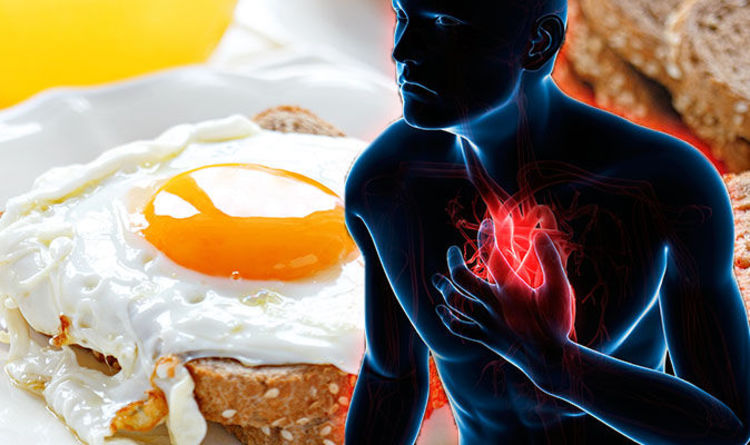 Eggs are among the most nutritious foods on the planet. It is among the healthiest foods on the earth, contentedly accepted. For many people egg is an integral part of their everyday life. But, are the eggs bad for your heart? Let us find out.

A whole egg contains all the nutrients needed to turn a single cell into an entire chicken. Eggs are considered a vital part of a balanced diet. There are various essential nutrients found in it. Such as Protein, Fats, Omega-3 fatty acids, vitamin A, vitamin B-2, vitamin B-12, vitamin B-5, vitamin D, vitamin E, Iodine, Phosphorous, Iron, Folic acid, Selenium, Biotin, Choline, and other crucial nutrients.

A recent study by Northwestern Medicine suggests that (1);

Co-corresponding study author Norrina Allen, associate professor of preventive medicine at Northwestern University Feinberg School of Medicine said, “The take-home message is really about cholesterol, which happens to be high in eggs and specifically yolks. As part of a healthy diet, people need to consume lower amounts of cholesterol. People who consume less cholesterol have a lower risk of heart disease.”

Scientists noted, “the study findings mean the current U.S. dietary guideline recommendations for dietary cholesterol and eggs may need to be re-evaluated.” Allen said, “Our study showed if two people had exact same diet and the only difference in the diet was eggs, then you could directly measure the effect of the egg consumption on heart disease. We found cholesterol, regardless of the source, was associated with an increased risk of heart disease.” You must know these Healthy ways to prevent a heart attack.

Scientists examined data from six US study groups including more than 29,615 people followed for 17½ years on average. Over the follow-up period, a total of 5,400 cardiovascular events occurred, including 1,302 fatal and nonfatal strokes, 1,897 incidents of fatal and nonfatal heart failure, and 113 other heart disease deaths. An additional 6,132 participants died of other causes.

Zhong said, “But don’t completely banish eggs and other cholesterol-rich foods from meals, because eggs and red meat are good sources of important nutrients such as essential amino acids, iron, and choline. Instead, choose egg whites instead of whole eggs or eat whole eggs in moderation.”

A major limitation of the study is participants’ long-term eating patterns weren’t assessed. Allen said, “We have one snapshot of what their eating pattern looked like. But we think they represent an estimate of a person’s dietary intake. Still, people may have changed their diet, and we can’t account for that.”