We, humans, contain sense organs and the ear is one of them. The ears are the organs of hearing and balance. It is a very sensitive and advanced organ of human body. This section will talk about your ears, their parts, and functions.

When a stone pelted at still water, it creates the ripples from that point in circles. Similarly, a sound source creates waves or pressure variations in the air. In human physiology, a sound is the reception of such sound waves and their perception by the brain.

Outer Ear or external ear or Auris Externa. This is the part of the peripheral ear which is the only visible part in the ear. It consists of fleshy visible Pinna or auricle, ear canal, and eardrum. 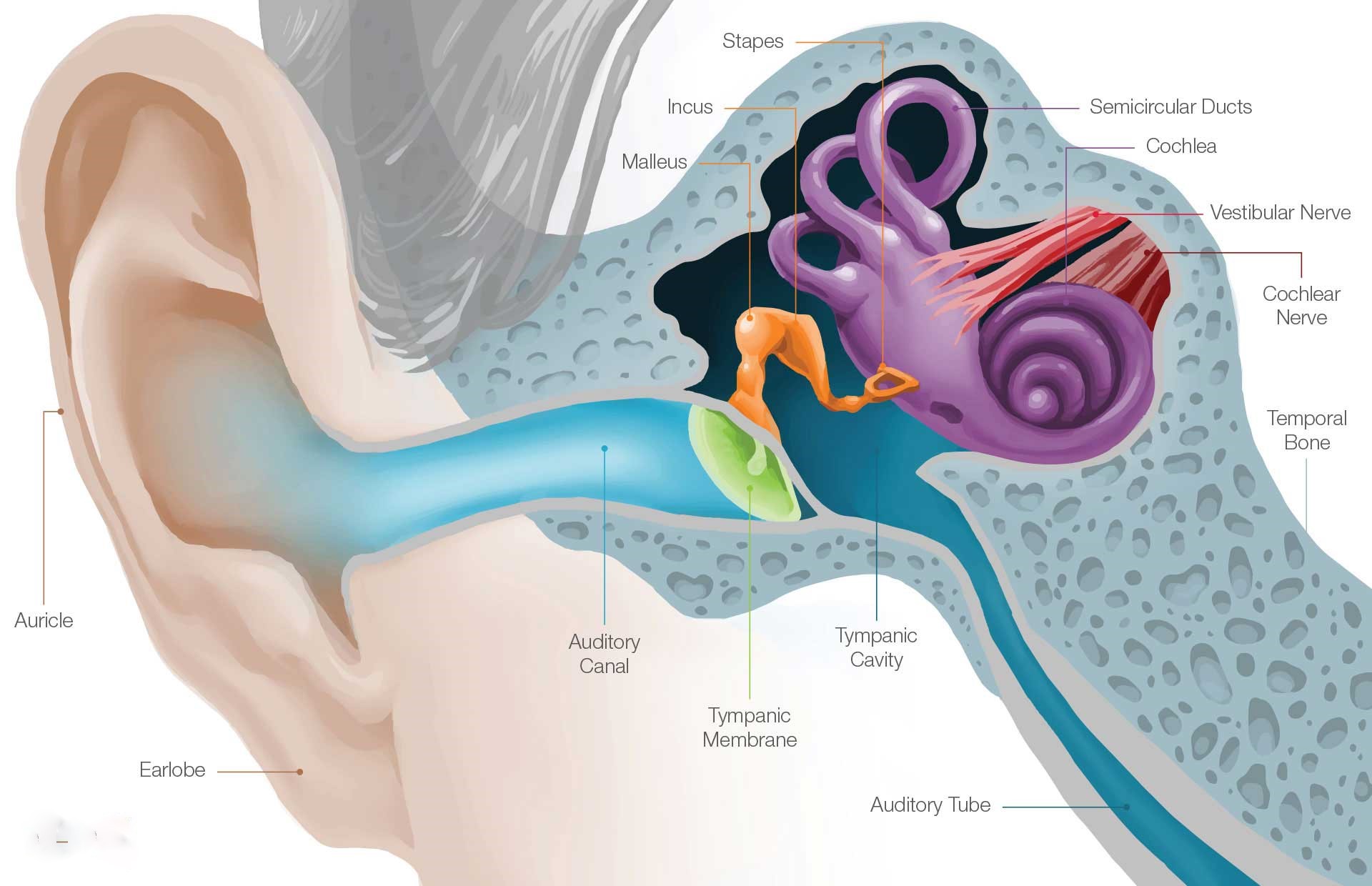 Middle Ear. It is a portion of ear starts after eardrum till external part of the oval window. It is also called a tympanic cavity which is air-filled, membrane-lined space. The middle ear consists of three ossicles and their attaching ligaments; the auditory tube, the round, and oval windows.

Inner Ear. It is the innermost part of the ear consists of Bony labyrinth, a hollow cavity in temporal bone comprising cochlea, vestibules and auditory nerves.

How can I keep my ears healthy?

It is completely impossible to repair the ear naturally once is gone. We have to take care of our ears.